Azerbaijan is a country of unique natural resources, culture, centuries of history, with its customs and tradition. A country of many different cultures and civilizations, whose lifestyle presents unique and harmonious diversity.

In order to improve the competitiveness of the Azerbaijani tourist sector, the current signage network needs to be improved to enhance the visitor experience, capture missed opportunities, improve the visual aesthetics, create a lasting impression and reduce traveller and resident frustration in finding desired locations.

Mayúscula in collaboration with Signes, designed the tourist wayfinding signage for Azerbaijian. The design concept is based on a combination of the culture and heritage of Azerbaijan, and the form and functional design requirements. Modularity and geometry is taken as a conceptual starting point.

The visual concept of the wayfinding design has been inspired by the graphic shape of some Azerbaijani arts and crafts, such as shebeke stained glass, the geometrical lozenge, triangle and trapezium of national kilims, or the gurama quilts. The result is a modern geometrical modular system meant to give a flavour of both Azerbaijan’s past and future. A design that lasts in time.

The basic shape of the system is the triangle. A composition system that uses a modular grid has been developed for all the elements. Based on this, it is possible to construct a dynamic set of sign shapes. The system maintains a common visual language for all signs, but changes depending on the specific environment in which the sign is placed (branded spaces, urban and rural locations…), adapting itself to the environment.

The signs structure becomes a background in which modules are placed. Visibility and colour contrast have been enhanced by using a darker brown background compared to the one used in typical European touristic wayfinding. The difference of colour between the background and the modules helps to hierarchize the information. 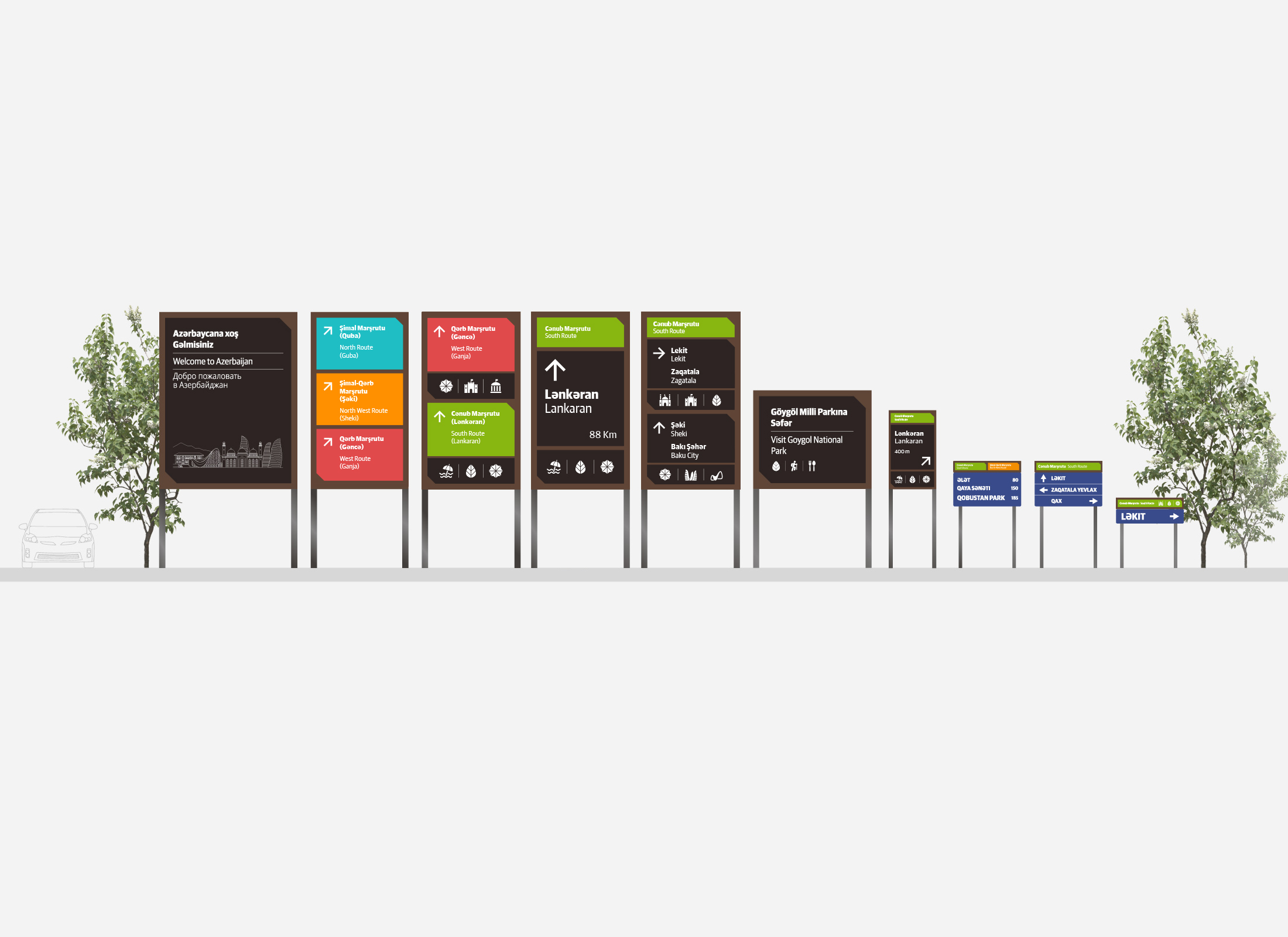 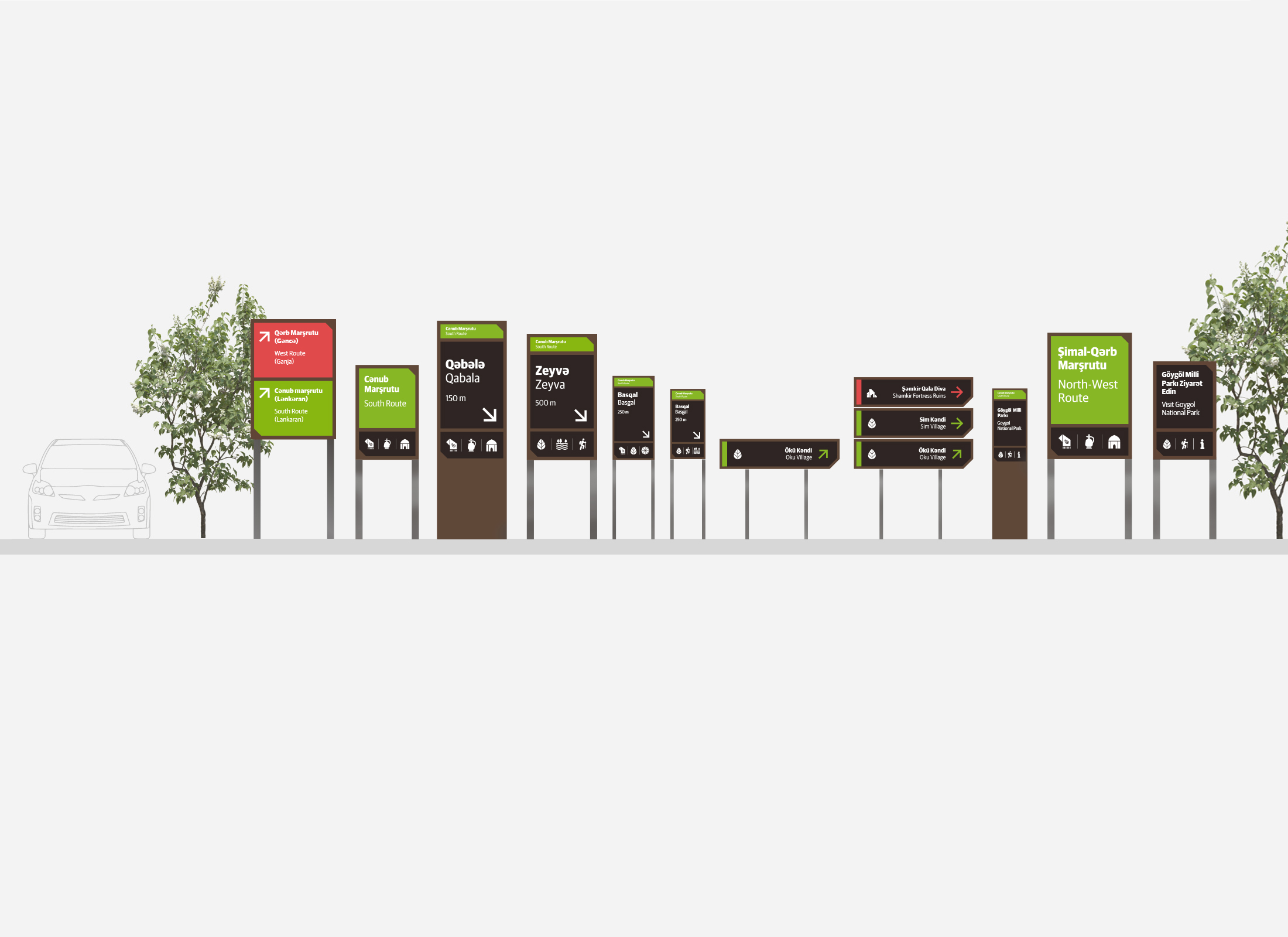 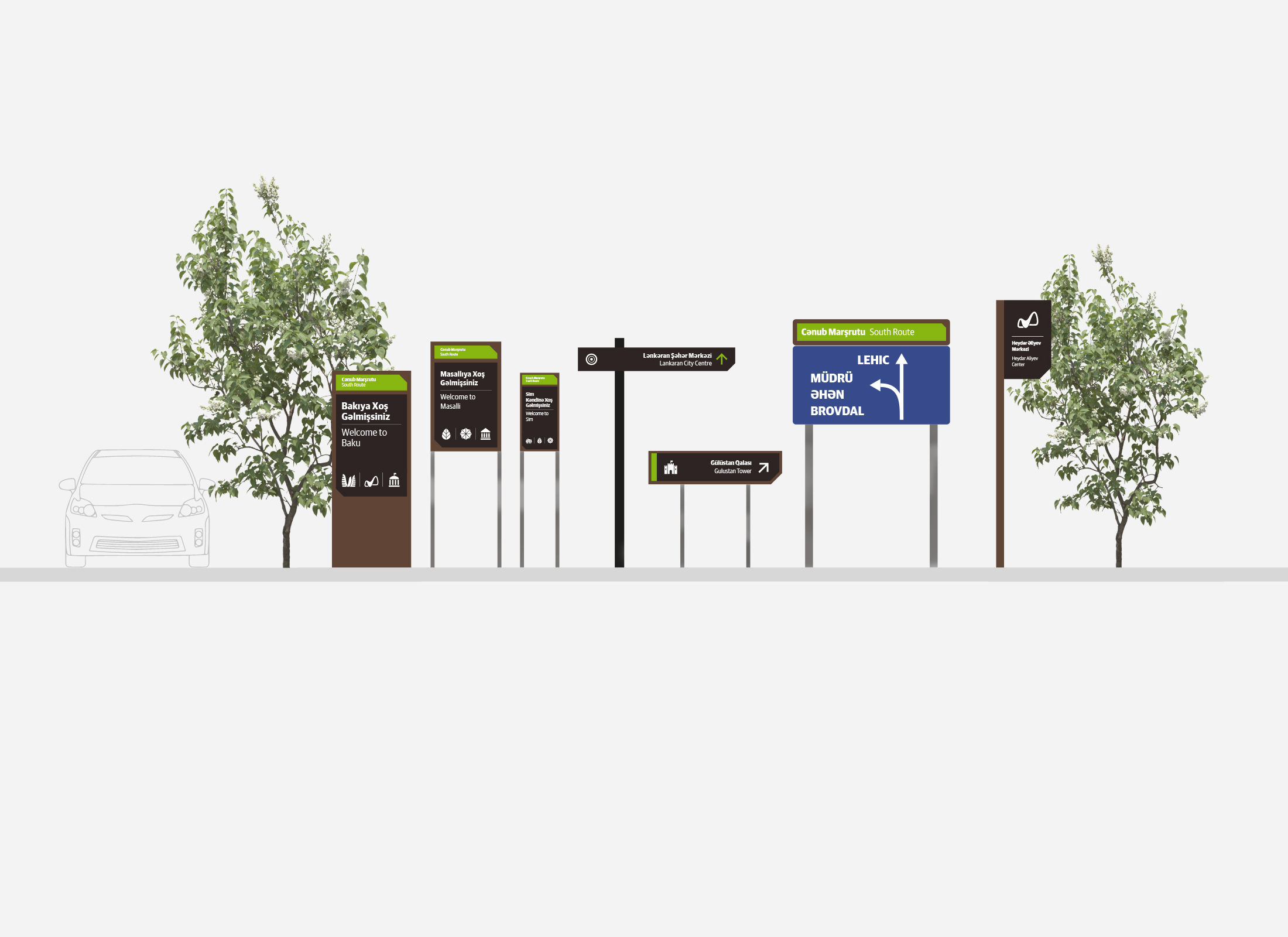